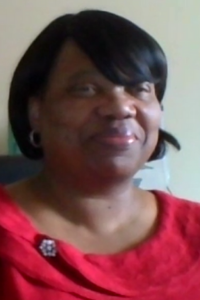 Elise Barr joined NeighborWorks Western Pennsylvania in 2021 as a Homeownership Counselor. In this position, Elise assists customers with achieving their goal of homeownership.

Previously, Elise spent more than 35 years working in the mental health field, including coaching individuals receiving behavioral health services to find competitive community employment.  After assisting people to find jobs, it was a natural progression to assist people with finding a home.

One of Elise’s proudest professional accomplishments was co-founding a grassroots group, Multicultural Outreach & Education (MOE), more than 20 years ago, in response to a need in the minority community for education about managed care and recovery. Interestingly, one of the workshops at MOE’s annual conference focused on homeownership.

Of importance to Elise is a sense of family and connectedness. Elise has a son and daughter-in-law, who reside in Tempe, Arizona, a mom doing fine living in her own apartment, three brothers, and two best friends, one for 50+ years.  In her free time, she enjoys playing cards, bowling, dancing, and crafts.